Click here for details and photos of the Award Ceremony

As cybercrime becomes ever more common and ever more sophisticated, the importance of effective security programs increases accordingly. AV-Comparatives’ Awards Ceremony for its 2018 tests recognised those vendors whose products provide truly effective protection against IT threats. The event was held on 4th and 5th of February 2019 in Innsbruck, and 36 IT-security specialists from 12 countries attended. In addition to the awards ceremony itself, the event included a security conference, with speakers on cybersecurity-related topics. As cyber-threats continue to evolve, so must the testing of security solutions, and so AV-Comparatives’ new Enhanced Real-World Test, which will be run for the first time in 2019, was introduced.

Participants were also treated to a thrilling bobsleigh ride at the Olympic Bobsleigh and Luge Track in Igls. The bobs reached a top speed of over 120 km/h!

At the Awards Ceremony, various awards were handed over for top-performing security products tested during the course of 2018. There were AV-Comparatives Approved Product Awards for qualifying consumer and business products. In addition, there were various awards for the Consumer Main Test Series – both for individual tests, and for overall results across the test series.

Product of the Year Award

Avast received the Product of the Year Award 2018 (1st place overall), having reached top scores in every test throughout the year. The award is given for the highest overall results across all the tests in the series.
Bitdefender was rewarded with the Outstanding Product Award 2018, having also reached top scores in all the tests. This award is given when two products achieve identical overall scores in the Consumer Main Test Series; the product which has already won Product of the Year, or won it more recently, receives the Outstanding Product Award.
AVG, Avira, Kaspersky Lab and Tencent achieved excellent results across the different test categories, and all received

Franz Unterluggauer opened the day with a presentation on how the Innovation Agency of Tirol stimulates business transformation through digitalization. Next, Dr. Peter J. Mirski, Professor of Management and IT at the Management Center Innsbruck (MCI) gave his view on how to improve ‘IT and security education of tomorrow’. After the break, the improvements of the AV-Comparatives’ Enhanced Real-World-Test methodology were presented.

Message from the CEO

AV-Comparatives’ founder and CEO Andreas Clementi commented, “We would like to thank everyone who came to this event in Innsbruck for making it such a success. As cybercrime continues to rise, effective security products are more important than ever. We congratulate the security vendors whose products stood up to rigorous independent testing that mimics real-world scenarios.”

The increasing number and variety of threats means that rigorous testing is required to determine which security products are really effective at protecting a system, whilst allowing the user to work normally without interruptions. AV-Comparatives’ Consumer Main Test Series subjects consumer security programs to not one but four main tests throughout the course of each year. The Real-World Protection Test checks a product’s ability to protect against real-world Internet threats; the Malware Protection Test requires each product to identify thousands of recent malicious programs; the Performance Test verifies whether the security programs can provide protection without slowing down the PC; and the Malware Removal Test checks how well each product can remove malware that has already infected a PC. Additionally, there is a False Positives Test ensures that false alarms are kept to a minimum. This variety of tests ensures that security products are not just strong in one or two areas, but provide all-round protection and performance.

AV-Comparatives is an independent organization offering systematic testing that checks whether security software, such as PC/Mac-based antivirus products and mobile security solutions, lives up to its promises. Using one of the largest sample collections worldwide, it creates a real-world environment for truly accurate testing. AV-Comparatives offers freely accessible results to individuals, news organizations and scientific institutions. Certification by AV-Comparatives provides an official seal of approval for software performance which is globally recognized.
AV-Comparatives works closely with several academic institutions, especially the University of Innsbruck’s Department of Computer Science, to provide scientific testing methods. www.av-comparatives.org 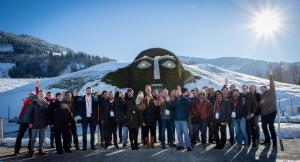 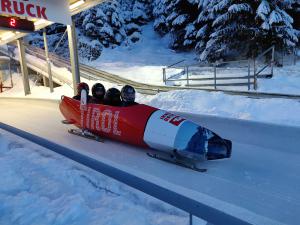 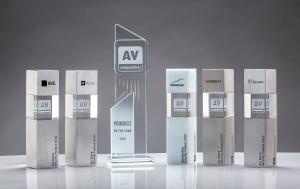