AV-Comparatives, the independent ISO-certified security software evaluation lab, has released the latest factsheet results from the Business Main-Test Series, which evaluated a range of anti-virus products in business environments. This report is brought in the interim of the full report which will include also a Performance Test and product reviews, which will be released in July.

In business environments, it is usual for products to be configured by the system administrator in accordance with vendor’s guidelines. With the Enterprise Main-Test Series, AV-Comparatives invited all vendors to configure their respective products towards an enterprise-first environment. The applied settings are then used across all Enterprise Tests over the year. AV-Comparatives has listed all relevant deviations from default settings.

The Real-World Protection Test examines the performance of leading antivirus solutions to assess their capabilities in conditions experienced every day by users around the world. The interim results of this the Real-World Protection Test are based on a set of 373 live test cases (malicious URLs found in the field), tested from the beginning of March until the end of April. Of the 18 vendors tested, nine received a 99% and above protection rate, with Bitdefender and G Data earning the highest protection rate score of 99.7%.

The Malware Protection Test assesses a security program’s ability to protect a system against infection by malicious files before, during or after execution. For this test, 1,007 recent malware samples were used. Of the 18 vendors tested, 14 received a 99% or above Malware Protection Rate, with VMware, Acronis, Bitdefender and Trellix scoring the highest.

To ensure that the tested programs do not protect the system at the expense of high false-alarm rates, a false-positives test is also run for the Malware Protection Test. False positives run on a scale of ‘Remarkably High’ to ‘Very Low’. A Low to Very-Low rate of false positives is considered anything below 15, with the highest number of false positives being greater than 125. From this year onwards, products are required to have a false-positive rate on non-business files below the ‘Remarkably High’ threshold in order to be approved. As of the March-April Business Test, Acronis, ESET, Kaspersky, Microsoft, Avast, Bitdefender, Cybereason, Sophos, VIPRE, VMware and WatchGuard have scored either ‘Low’ or ‘Very Low’.

The full report, including Performance Testing and product reviews, will be released in July. To be certified in July 2022 as an ‘Approved Business Product’ by AV-Comparatives, the tested products must score at least 90% in the Malware Protection Test, with zero false alarms on common business software, a rate below ‘Remarkably High’ for false positives on non-business files and must score at least 90% in the overall Real-World Protection Test over the course of four months, with less than one hundred false alarms on clean software/websites.

The full results of the March-April Business Test Factsheet are available here: https://www.av-comparatives.org/tests/business-security-test-march-april-2022-factsheet/ 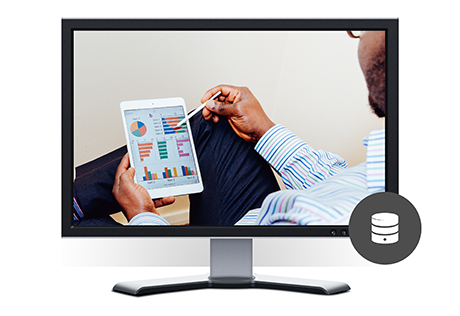