IoT Mobile Security Solutions tested by AV-Comparatives – Can they protect your Android Smartphone? – 2018

This Andrdoid Mobile Security Review and Test performed by AV-Comparatives provides test results and reviews of security products for smartphones running Google’s Android operating system. Amongst other things, this report aims to help readers decide whether they would benefit from the more comprehensive and sophisticated security features provided by a third-party security app.


Besides the reviews, which cover the user experience of the apps, the results of comprehensive tests on malware protection rates and battery consumption are provided as well. Additionally, a short table at the end of each product report gives an overview of any anti-theft functions included in that product. Many of the reviewed and tested apps have components which are not security-related, such as power and memory optimizers and data backup tools.

The review mainly focuses on the security features – anti-malware, anti-theft, and privacy – and only mentions further functionalities briefly. The structure of each product report is identical, allowing readers to compare products easily.

The main purpose of a mobile security product is to protect users and their devices from potential harm inflicted by malicious apps, fraudulent mails, or phishing URLs. Readers should note that recent Android versions incorporate some basic anti-malware features. For example, Google’s built-in malware scanner Play Protect checks apps during installation from the Google Play store or a third-party source and scans the device continuously for any threats. Google’s Safe Browsing API protects against malware and phishing links when the user is surfing the Internet using the Chrome browser.

Furthermore, an anti-theft component in a security app could be used to find a lost or stolen phone, and/or prevent access to any personal data stored on the device. Basic anti-theft features (lock, locate, alarm, and wipe) are already provided by recent versions of Android via Google’s Find My Device function.

On the following pages, we provide a brief overview of the risks facing smartphone users from malware and the loss or theft of their device, and discuss the benefits of security apps. We start by recapping Android Oreo’s new features and security behaviour changes. Furthermore, we will argue why it is not advisable to rely only on built-in malware protection features (all latest and newer Android devices are already equipped with such functions), but instead install a third-party anti-virus app to be better protected against security threats. After that, we give a short summary of security features and their main sub-components commonly implemented in typical security apps for Android.

At the end of the introduction, we list the participating security products, and present the results of the malware and battery drain tests. Detailed reviews of the individual products follow, in which we will shed light on the layout and usage of the features. In the table representing a product’s anti-theft features, we comment on each function briefly and use the following symbols to indicate how well it worked in our tests.

In May 2017, Google announced its new built-in malware protection for Android, Play Protect, which checks apps and APK files when they are downloaded using the Google Play store app or third-party sources. Since August 2017, it has been available on all Android devices with Google Play Services 11 or later, and is preinstalled on devices with Android 8.0 and later. Play Protect constantly monitors the device and all the user’s data, and notifies the user of any security risks found. It also scans the Google Play store and all installed apps for any signs of malware, and includes the three functions malware scanner, device loss (Find My Device), and safe browsing.

At this point, we would like to recommend AVC UnDroid, our Android app analysis tool, which is available free to all users. It is a static analysis system for detecting suspected Android malware and adware and providing statistics about it. Users can upload APK files and see the results in various analysis mechanisms.

We invite readers to try it out: 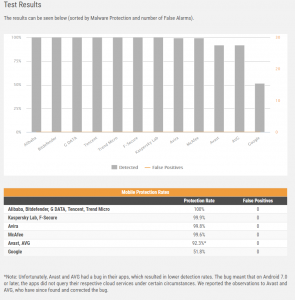 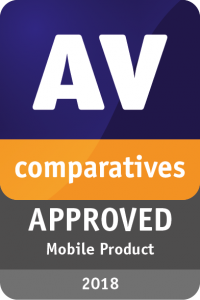