Rogue security software poses a growing threat to computer security. Basically, it is a form of Internet fraud that uses malicious code in an attempt to deceive users into paying for a fake removal of malware. In that sense, rogue security software can be considered a form of ransomware or scareware (malicious code that affects a computer system and demands payment in order for the restriction to be removed – in this case a simulated security issue).

Rogue security developers exploit both the trust and distrust of computer users regarding security vulnerabilities and the way of handling them. On one hand, it appeals to the authoritative term of “security software” while disguising the opposite intention – that of, in fact, breaching the fore mentioned security. On the other hand, it uses fear and the human reaction to a threat, that of immediately removing it. In this case the threat is fake (“your computer security is compromised”), but the consequences are real (your computer security will be actually compromised after following the “instructions” of the rogue security software). For a non-technical computer user, there is bound to be some amount of confusion here. Learning how to recognize fake security warnings is an important step in preventing infections.

To increase the chances of staying rogue software-free, the first step should be familiarizing oneself to the best-known legitimate security software, in order to be able to identify rogue security software. AV-Comparatives list of security vendors is a good place to start.

Also, for the same purpose, there are blacklists containing the names of notorious fake security software, such as this one https://en.wikipedia.org/wiki/List_of_rogue_security_software

Installing legitimate Anti-Virus software and using a firewall (auto-updates on) is always the primary step to take towards better computer security. Safe online-behaviour guidelines regarding e-mailing, file download, streaming and navigation also apply in the prevention of infections caused by rogue security software.

How does rogue security software propagate 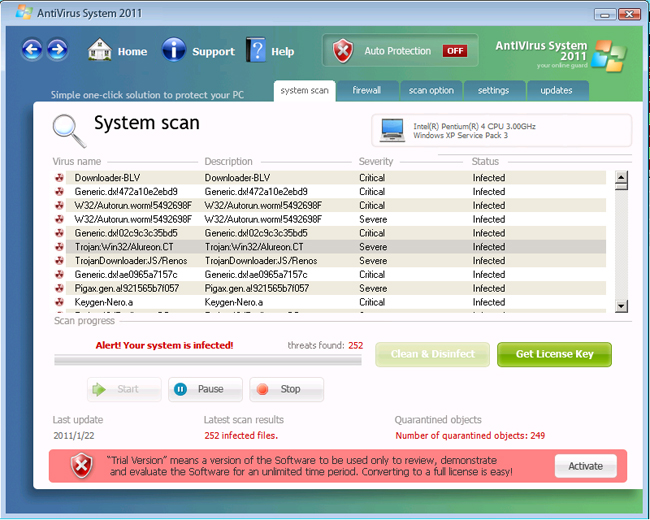 How to identify an infected computer

While there is no standard picture of a rogue security program infection, there are several common symptoms indicating such an infection. Rogue security software will try to get the infected user to purchase a service or software, claiming that the computer is heavily infected. A pop-up or a “security” program the user does not remember installing (see How Does Rogue Security Software Propagate) will suddenly display an alert or warning – regarding spyware, malware or other security issues. These warnings may look like system notifications or genuine alerts. The malicious code will try to cripple the genuine protection of the system, by attempting to disable system components and Anti-Virus software, to avoid detection and prevent the user from uninstalling the unwanted software.

Some rogue programs will attempt to scare the victim by displaying an animation that simulates a system crash and reboot or other “catastrophic” system events. Access to legitimate Anti-Virus websites and online scanning services may be disabled, as well as system updates. Computer may run slower than usual and display unusual behaviour:

Rogue security software downloads come with other malware components, such as trojans, rootkits and keyloggers. The trojan components alter the system, rendering it vulnerable to the attack, the rootkit redirects search engine results and keylogger attempts to record what the keyboard input (passwords, credit card data, etc.). 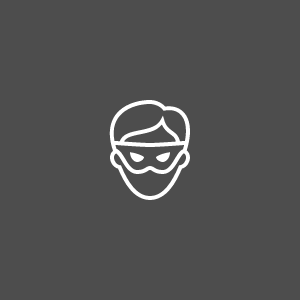