Information about additional third-party engines/signatures used inside the products: G Data, Total Defense and Vipre use the Bitdefender engine. F-Secure and Total AV use the AVIRA engine. AVG is a rebranded version of Avast.

All products were installed on a fully up-to-date 64-Bit Microsoft Windows 10 system. Products were tested at the beginning of September with default settings and using their latest updates.

The test set used for this test consisted of 10,102 malware samples, assembled after consulting telemetry data with the aim of including recent, prevalent samples that are endangering users in the field. Malware variants were clustered, in order to build a more representative test-set (i.e. to avoid over-representation of the very same malware in the set). The sample collection process was stopped end of August 2020. 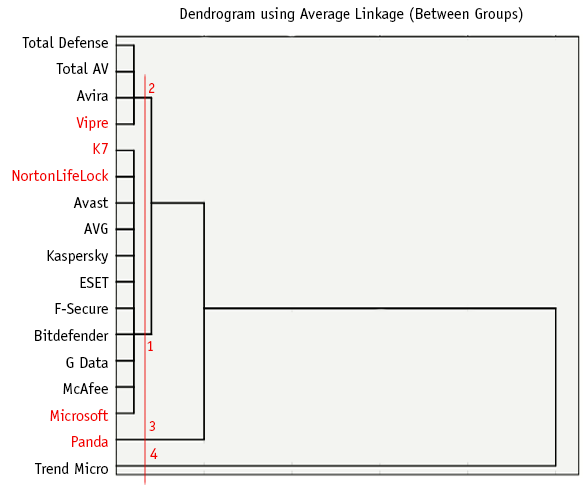 The malware protection rates are grouped by the testers after looking at the clusters built with the hierarchal clustering method. However, the testers do not stick rigidly to this in cases where it would not make sense. For example, in a scenario where all products achieve low protection rates, the highest-scoring ones will not necessarily receive the highest possible award. The FP ranges for the various categories might be adapted yearly.

Details about the discovered false alarms (including their assumed prevalence) can be seen in the separate report available at: False Alarm Test September 2020.

AV-Comparatives provides ranking awards, which are based on levels of false positives as well as protection rates. As this report also contains the raw detection rates and not only the awards, expert users who may be less concerned about false alarms can of course rely on the protection rate alone. 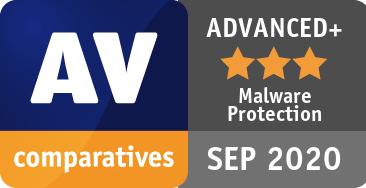 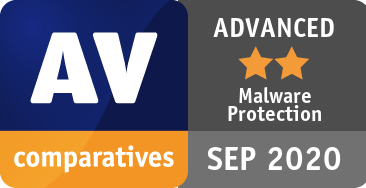 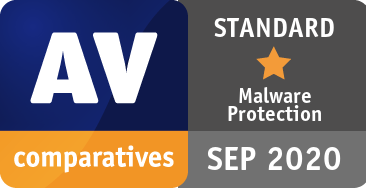 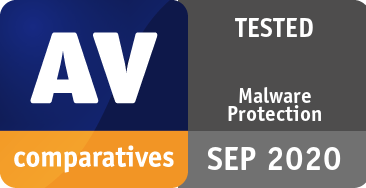 This publication is Copyright © 2020 by AV-Comparatives ®. Any use of the results, etc. in whole or in part, is ONLY permitted after the explicit written agreement of the management board of AV-Comparatives prior to any publication. AV-Comparatives and its testers cannot be held liable for any damage or loss, which might occur as result of, or in connection with, the use of the information provided in this paper. We take every possible care to ensure the correctness of the basic data, but a liability for the correctness of the test results cannot be taken by any representative of AV-Comparatives. We do not give any guarantee of the correctness, completeness, or suitability for a specific purpose of any of the information/content provided at any given time. No one else involved in creating, producing or delivering test results shall be liable for any indirect, special or consequential damage, or loss of profits, arising out of, or related to, the use or inability to use, the services provided by the website, test documents or any related data.