Mobile phones are becoming more and more widespread.  Smartphones  are  slowly  but  surely replacing “just a telephone” devices. In particular,  the  extensive  messaging  and  Internet  functions  are  becoming  ever  more popular. This brings some problems, however. The  very  features  that  make  smartphones  popular  also  make  them  interesting  for criminals,  who  attempt  to  infect  them  with  malware  or  steal  sensitive  data.  Phishing  and similar attacks are particularly threatening.

The  following  products  were  reviewed  in  this  report.  The  manufacturers  either  provided  the  most  up‐to‐date  version,  or  confirmed  that  it  was  available  on  Google  play  at  the  time  when  the test/review  took  place.  After  the  review,  the  manufacturers  had  the  opportunity  to  fix  any  issues/bugs we found, and these improvements are noted in the final report.

The  test  was  carried  out  on  real  phones  with  an  active  connection  to  the  cloud.  The  test‐set  consisted  exclusively  of  APK  files.  Each  single  file  was  first  scanned  on‐demand  (where  possible); afterwards an attempt was made to install each file manually, one by one. This was done in order to evaluate  the  products’  detection  capabilities,  as  most  mobile  security  products  only  scan  the  files  during  installation. We  would  like  to  thank  all  the  students  who  helped  us  in  carrying  out  this enormous task.

We also performed a false‐alarm test based on 200 popular (and not ad‐supported) clean applications. None of the products reported any false alarms on those 200 popular apps.

In this test, we used only malware and adware appearing or persisting within a limited time frame, in order to represent the current threat state. The Android malware used was collected between March 2012 and the 13th July 2012. This means that the malware test set was limited to 18,021 malicious apps (about 75 main families). The mobile security products were last updated the 14th August 2012. 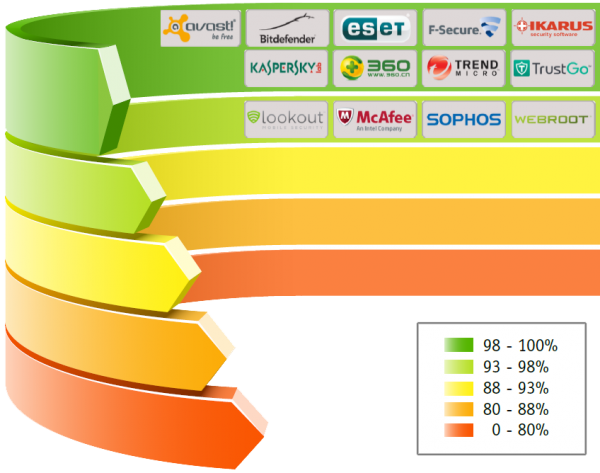 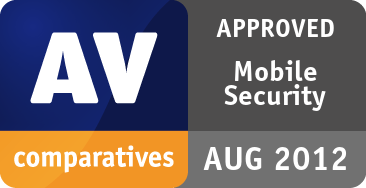 About  half  of  the  apps  on  Android  markets  are  ad‐supported  in  some  way.  Some  apps  containing  adware annoy users with messages e.g. on the notification bar, making it difficult for ordinary users to know which app is responsible for showing the ad. There are several dedicated adware detectors on the market; this may be because some mobile security products by well‐known vendors do not yet  detect  adware.