Many new malware samples appear every day, which is why it is important that antivirus products not only provide new updates, as frequently and as quickly as possible, but also that they are able to detect such threats in advance with generic/heuristic techniques; failing that, with behavioural protection measures. Even if nowadays most antivirus products provide daily, hourly or cloud updates, without proactive methods there is always a time-frame where the user is not reliably protected. The aim of this test is to evaluate the proactive detection and protection rates in this time-frame (without cloud). The data shows how good the proactive heuristic/generic detection and behavioural protection capabilities of the scanners were in detecting new threats used in this test. The design and scope of the test mean that only the heuristic/generic detection capability and behavioural protection capabilities were tested (offline). Additional protection technologies (which are dependent on cloud-connectivity) and infection vectors are considered by AV-Comparatives in e.g. Whole-Product Dynamic (“Real-World”) Protection Tests and other tests, but are outside the scope of the Retrospective/Proactive Tests.

This test report is the second part of the March 2015 test. The report is delivered several months later due to the large amount of work required, deeper analysis, preparation and dynamic execution of the retrospective test-set. This type of test is performed only once a year and includes a behavioural protection element, where any malware samples are executed, and the results observed. Although it is a lot of work, we usually receive good feedback from various vendors, as this type of test allows them to find bugs and areas for improvement in the behavioural routines (as this test evaluates specifically the proactive heuristic and behavioural protection components). Feedback from users (especially corporate users) indicates that they appreciate the findings from this type of test.

The products used the same updates and signatures that they had on the 3rd March 2015. This test shows the proactive protection capabilities that the products had at that time. We used 1,463 new and relevant (i.e. prevalent malware files and families) malware samples that appeared for the first time shortly after the freezing date. The following 12 products were tested:

By design, the test does not make use of cloud services. In the time needed for the entire test procedure, it is possible that most of the samples would be blacklisted by vendors’ signatures or cloud services, meaning that the results would not reflect true proactive protection. In last year’s test, it took several weeks before all the malware samples used had been covered by some of the participants’ cloud services. This year the situation was better (due to the inclusion of mainly quite prevalent malware files / families), but in some few cases it still took some weeks till all malware samples used were finally detected by some cloud-dependent products, even when their cloud-based features were available. Consequently, it has to be considered as a marketing excuse if retrospective tests – which test the proactive protection against new malware – are criticized for not being allowed to use cloud resources. This is especially true considering that in many corporate environments the cloud connection is disabled by the company policy, and the detection of new malware coming into the company often has to be provided (or is supposed to be provided) by other product features. Cloud features are very (economically) convenient for security software vendors and allow the collection and processing of large amounts of metadata. However, in most cases (not all) they still rely on blacklisting known malware, i.e. if a file is completely new/unknown, the cloud will usually not be able to determine if it is good or malicious.

The false-alarm test results were already included in the March test report. For details, please read the report, available at http://www.av-comparatives.org/wp-content/uploads/2015/04/avc_fps_201503_en.pdf

Below you can see the proactive protection results over our set of new and prevalent malware files/families appeared in-the-field (1,463 malware samples): 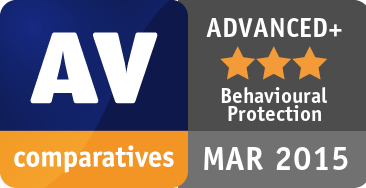 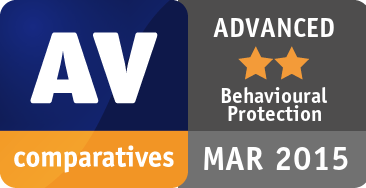 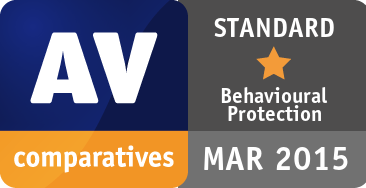 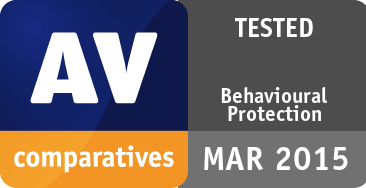