Which Antivirus Software is used in the Real-World? A research by AV-Comparatives – Annual Security Survey – 2019

The survey of computer users gives an insight into computer security, and which institutes they trust to provide reliable information on security issues.

Every year AV-Comparatives conducts a security survey asking users their opinion and preference on security products. In our global survey we ask users on various security related topics. The opinions and preferences from the end user community provide us with valuable feedback. The results help us increase the relevance and value of anti-virus software testing. We want to thank all who join the surveys and spend their time to complete them.

In our annual security survey we received responses from 88 countries coming from all continents around the globe. The survey was conducted from December 14th, 2018 to December 24th, 2018.

AV-Comparatives determined, that majority of users (86%) were well protected in the last 6 months, having not suffered a malware infection in this period. A little over a third (35%) stated that their security product had blocked malware within the last week, indicating how easy it is to encounter a threat. So AV-Tests are very important, to inform about the quality of the products.

The number of users who rely on free desktop security software has risen again this year, standing at 44% of users. There has been a drop in the number of users without antivirus software, which is now down to 0.5%.
Over three quarters of this year’s respondents have moved to Windows 10, leaving Windows 7 with under a fifth of users.
A little under a half of respondents (45%) use a Virtual Private Network (VPN). In Iran, UAE, Iraq and China, at least three quarters of users deploy a VPN.

Google Chrome is the most popular browser, with getting on for half of respondents (45.6%) using it. Mozilla Firefox accounts for a lot of the remaining users, with a share approaching a third (29.2%). Despite being built into the increasingly popular Windows 10, and being Microsoft’s recommended browser on this OS, Microsoft Edge is only used by one in 20 of users overall.

AV-Comparatives is an independent organization offering systematic testing that checks whether security software, such as PC/Mac-based antivirus products and mobile security solutions, lives up to its promises. Using one of the largest sample collections worldwide, it creates a real-world environment for truly accurate testing. AV-Comparatives offers freely accessible results to individuals, news organizations and scientific institutions. Certification by AV-Comparatives provides an official seal of approval for software performance which is globally recognized. 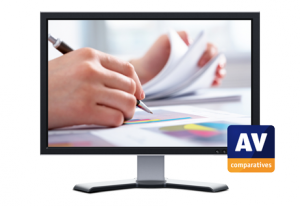