We want to make clear that the results in this report are intended to give only an indication of the impact on system performance (mainly by the real-time/on-access components) of the various Internet security suite products in these specific tests. Users are encouraged to try out the software on their own PCs and form an opinion based on their own observations.

Please note that the results in this report apply only to the products/versions listed above (e.g. 64-Bit versions, product version, default settings, etc.). Also, keep in mind that different vendors offer different (and differing quantities of) features in their products.

The tests were performed on an Intel Core i7 920 machine with 4GB of RAM and SATA II hard disks. The performance tests were done on a clean Windows 7 Home Premium SP1 64 Bit system and then with the installed security software (with default settings). The tests were done with an active Internet connection to simulate real-world impact of cloud services/features.

The hard disks were defragmented before starting the various tests, and care was taken to minimize other factors that could influence the measurements and/or comparability of the systems. Optimizing processes/fingerprinting used by the products were also considered – this means that the results represent the impact on a system which has already been used by the user for a while. The tests were repeated several times (with and without fingerprinting) in order to get mean values and filter out measurement errors. After each run the workstation was defragmented and rebooted. We simulated various file operations that a computer user would execute: copying (we used 4GB data of various file categories (pictures, movies, audio files, various MS Office documents, PDF files, applications/executables, Microsoft Windows 7 system files, archives, etc.)) different types of clean files from one place to another, archiving and unarchiving files, encoding and transcoding (converting MP3 files to WAV, MP3 to WMA, AVI to MPG and MPG to AVI, as well as iPod format) audio and video files, converting DVD files to iPod format, downloading files from the Internet, launching applications, etc. We also used a third-party industry-recognized performance testing suite (PC Mark 7 Professional) to measure the system impact during real-world product usage. Readers are invited to evaluate the various products themselves, to see how they impact on their systems (such as software conflicts and/or user preferences, as well as different system configurations that may lead to varying results).

Security products need to load on systems at an early stage to provide security from the very beginning – this load has some impact on the time needed for a system to start up. Measuring boot times accurately is challenging. The most significant issue is to define exactly when the system is fully started, as many operating environments may continue to perform start-up activities for some time after the system appears responsive to the user. It is also important to consider when the protection provided by the security solution being tested is fully active, as this could be a useful measure of boot completion as far as the security solution is concerned. Some anti-virus products load their services very late in the boot process (or even minutes after it). Users may notice that some time after the system loaded, the system gets very slow for some moments, so the system appears to load very fast, but only because it starts its services later and makes the system also insecure/vulnerable. As we do not want to support such activities, we still do not measure boot times.

To support our concerns, we tested whether the products load all their protection modules before e.g. malware in the start-up folder is executed. Most products failed this test, except AhnLab, Avast, AVG, Bitdefender, Panda, Sophos and Webroot. Only those products detected and blocked the malware before its execution after system start-up (by loading itself at an early stage). In all other cases the malware was successfully executed first and only later detected by the security suites, when the system was already compromised. In some cases only, the boot process for those products took marginally longer than for the products which loaded their modules later.

The following award levels are for the results reached in this performance test report. Please note that the performance test only tells you how much impact an Internet security suite product may have on a system compared to other Internet Security Suite products; it does not tell you anything about the effectiveness of the protection a product provides. 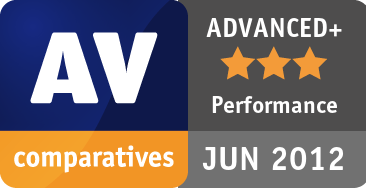 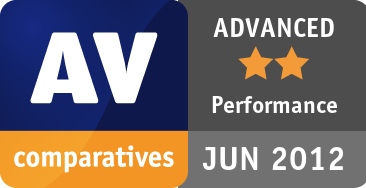 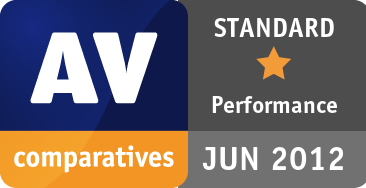